Atiba Hutchinson is one of the greatest North American players to play Champions League soccer and he was born in Canada! Atiba Hutchinson has played over 80 times for Canada and his career has also included a wealth of Champions League appearances and goals, which he accumulated via his performances for PSV, København, and Besiktas. He has actually played more UEFA club competition games than any other player from the CONCACAF, with nearly twice as many as the player in second on this list. He is also in the top ten for Champions League games, and when you count both qualifying and finals appearances, he has played more times than the legendary Hugo Sánchez. Tomasz Radzinski, who played for Everton, Fulham and many other top teams, also played multiple UEFA games when he played for Belgian-giants Anderlecht, a team for which he made 77 appearances and scored 52 goals. Tomasz Radzinski is one of the most prolific Canadian strikers to play the game. Other Canadian players to have made an impact in UEFA competitions like the Champions League include Oliver Occean, who was capped 28 times for his country and built his European record playing for Norwegian clubs Odds Ballklubb and Lillestrøm.

You can bet on the Champions League using the Karamba Canada sportsbook. We have a huge range of Champions League betting markets available throughout the course of the competition, from the early qualifying stages where fringe teams fight for their share of the spoils, right on through to the final knockout stages, where everything is on the line. The Champions League is one of the most consistently exciting, surprising and unpredictable tournaments in the world. You only need to look at Liverpool’s history in the competition to see that, from their 3-0 comeback against Milan to their ascent to glory in 2019, which saw them overcome a massive deficit against Barcelona. If you feel like another big shock is about to happen then take advantage of our in-play Champions League betting. These markets let you place your bets while the game is active and they are available as soon as the game kicks off. Think the losing team will snatch a draw or a win? Think the game will go through to extra-time and penalties? Back those beliefs with a bet or two. Just remember to gamble responsibly when backing Champions League soccer matches on Karamba Canada. 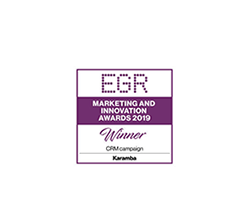